In late September 1939, the deafening roar of war was replaced with ominous silence on the streets of Warsaw. The survivors emerged from their cellars and other hiding places and glanced upward, expecting the hail of bombs and shells to resume their terrible destruction. It was a terrifying scene of utter destruction and tragedy.

Warsaw, like most Polish cities, had been cut off from the outside world since September 1. Rumors of surrender were whispered about, and the possibility was terrifying.  Soon, the dreadful truth was revealed, and many officers committed suicide when it was clear the people were bitter with the military and now former government.

German soldiers marched into Warsaw on September 30, 1939, and were soon in complete control. Immediately, work began on removing debris and barricades, extricating corpses from beneath the ruined buildings, and removing the hundreds of dead horses lying in the streets. Restoring transportation, power, gas, and water were the top priorities. 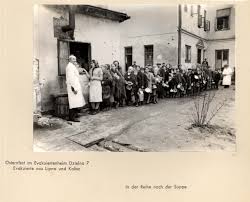 Food supply was the most immediate and difficult problem, and at first, army field kitchens were used to feed the population. While the presence of the Germans was depressing to the Poles, these two weeks before Himmler’s men took control was relatively peaceful.

The bloody reign at the hands of the Gestapo began in mid-October, 1939. A terror campaign was launched with the removal of the Polish leadership and elites and to beat the population into submission. Round-ups, executions with no trial, confiscation of property and homes kept the Polish people in a state of fear and mental torture.

Thaddeus Chylinski, America’s vice-consul stationed in Warsaw, wrote an extensive report for the US Government in 1941 when he was forced to return home. The report has since been declassified by the CIA and is available in the book “Poland Under Nazi Rule: 1939-1941” where he describes the situation in Warsaw in incredible detail.

In his report, Chylinski explains the situation of the three social-economic groups: the Elite or Cultured Class, the Working Class, and the Peasant Class.

The Elites were at first arrested on mass, but the Gestapo eventually picked up the intelligentsia who had evaded their dragnets in a more methodical manner. Chylinski describes this class of Poles to have been the most persecuted as the German’s goal was to quickly annihilate them. Those who survived had great difficulty finding work and were reduced to employment far below their skills and education. Even these positions were hard to come by as the educated elites had to compete with skilled laborers. The supply of labor far exceeded the demand, and therefore everyone’s wages were significantly reduced.

Physical laborers in Warsaw were in a better position to eke out a living as they were more adaptable to living in difficult conditions. Still, their situation bordered on extreme poverty. Thousands of specialized workers were taken into the Reich and worked in armaments plants. The gradual elimination of the Jewish population opened opportunities for many gentiles in the cities and towns.

During the early months of the war, the peasant population was treated with greater tolerance than the people in the cities. The city dwellers were desperate for food supplies and would pay exorbitant prices from the farmers.

The peasants’ situation changed by the spring of 1940 when Germans “invited” the peasants to work on farms in the Reich. The recruits were negligible, so the Germans took them by force at night with the assistance of the Volksdeutsch village headmen. Anyone resembling a peasant was in danger of being arrested if encountered on the road or on trains.

Soon after the occupation began, the Germans placed quotas on the peasant farmers. All livestock had to be registered, and the village was collectively responsible for the delivery of its farm products. Terrorized farmers were even forced to purchase eggs on the black market if their chickens didn’t live up to the Germans’ commands. The crafty villagers sometimes managed to circumvent the rules but did so at the risk of death. The unauthorized slaughter of a pig resulted in a bullet to the head.

Chylinski describes the once cosmopolitan city of Warsaw during the first two years of the war as extremely depressed. Army and Gestapo motor vehicles comprised ninety percent of the street traffic. The Polish population walked or used the sprinkling of trolleys, bicycles, or rickshaws.

The majority of the Polish population was shabbily dressed. A well-dressed man stood out and regarded as suspicious. New or used clothing was typically available only on the Black Market, and was incredibly expensive. A man’s shirt from the black market was 100 to 150 zlotys and oxford shoes were 800 zlotys.

Warsaw was utterly transformed from the September bombing in 1939. Every church had suffered damage from the bombing, strafing from Nazi machine runners, and others were badly burned. Services in the churches continued, but many of the leading priests had been arrested and put through intensive “neutralizing” before their release. Some were sent to concentration camps or killed in the Katyn massacre.

Chylinski’s report is now available in print and as an e-book.  He wrote this extensive report on the situation in Poland during WWII under the Nazi Regime. Chylinski was the American Vice-Consul serving in the Warsaw office from 1920-1941. This report has been declassified by the CIA under the Nazi War Crimes Disclosure Act.

This report provides historians with an objective report of important topics: The early history of the war, various terrors (arrests, executions, hostages, conditions in the concentration camps, protests, confiscation of property.) Chylinski also reported on the condition of the people from the three social classes (cultured, working and peasant), and the minorities (Jews, Russians, French, Americans, etc.). Economic Conditions are detailed: fuel, food, clothing, relief, and medical supplies. The Industries functioning in Germany are listed: communication and transportation (railways, postal system, and telegraph) as are the authorities of the General Government, the Gestapo, and the Polish Police Force. The situation in education, science, art, and the press is detailed, as is the status of the Polish Underground Movement. Many other details are included.

The reader will appreciate the historical accuracy of the reporter who is unbiased and factual. Chylinski obviously had developed many contacts over his twenty years of public service during the inter-war period in Poland. This book is a valuable addition to the history of WWII and the Holocaust. 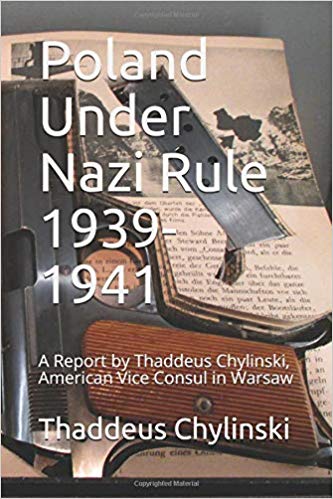 Donna Gawell is the author of “War and Resistance in the Wilderness: A Novel of WWII Poland” and “Travel Back to Your Polish Roots” both available on Amazon.