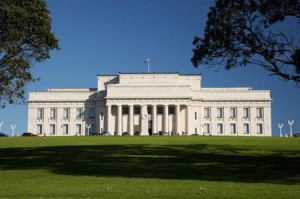 On Friday, there was a 90% chance of rain in Auckland, so we decided an inside adventure was warranted. We took a taxi to the Auckland Museum which has to be one of the most interesting and well-designed museums in the world. The entry fee was $45 NZ (~30 US) and included a Maori cultural performance. 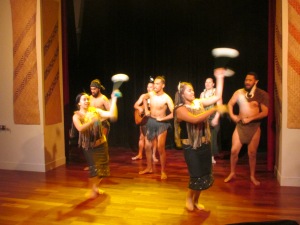 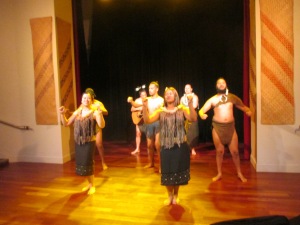 The Maori performers met us in full costume on the first floor near the lifts and escorted us to the theater. A slightly older woman narrated the show and two young women and four men performed dances, songs and war like drills. 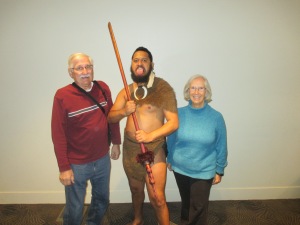 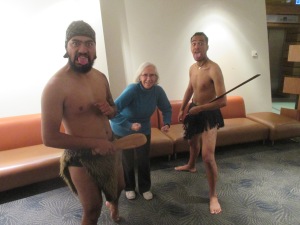 The entire show was amazing and a very unique experience. The audience was invited to have their photos taken with the performers.

The Museum’s official name can be somewhat deceiving as it is called The Auckland War Memorial Museum.  It does a great job of showing the conflicts and wars of the 19th and 20th centuries for New Zealanders on the second level. 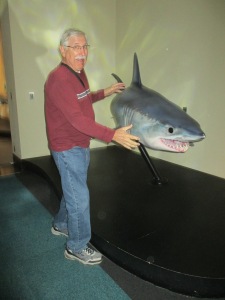 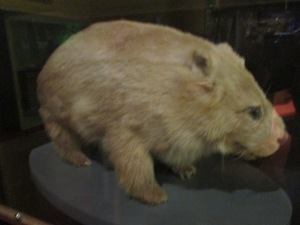 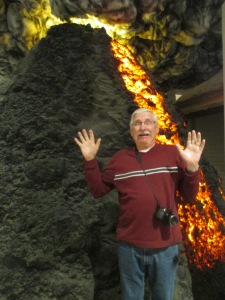 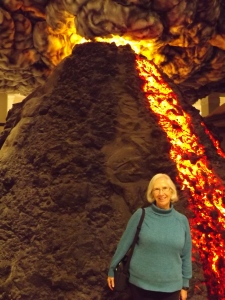 The first level contains items and stories of New Zealand’s land and seas. Maori natural history, animal origins, ancient words and a weird and wonderful exhibit are featured. One of the most interesting was a room dedicated to showing the impact of volcanic activity on New Zealand. Although it is unlikely that any of Auckland’s existing volcanoes will become active again, it is possible that a new volcano could be created at any time. There is an earthquake and volcano simulation room experience that allowed us to sit inside a house and pretend that a volcano is about to erupt out of the nearby ocean. The house physically shakes and the simulation is a dramatic experience for all visitors. The museum itself sits on a dormant volcanic cone, so they aren’t making any of this up!

The ground level is perhaps the most spectacular as it features the cultures of the Polynesians and the indigenous people, the Maori. The Maori court area and the artifacts collected from the entire Pacific regions from various cultures has to be the most impressive in the world. 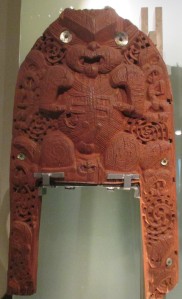 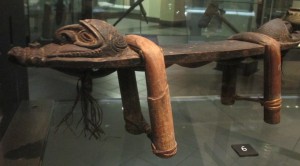 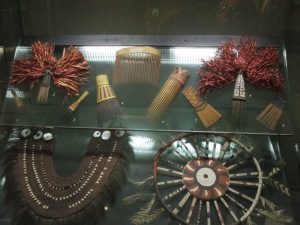 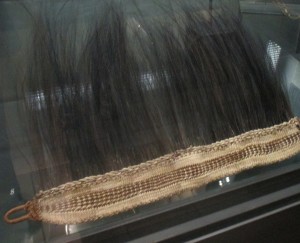 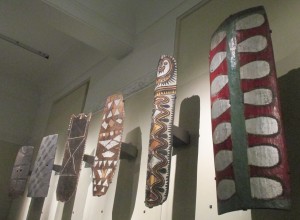 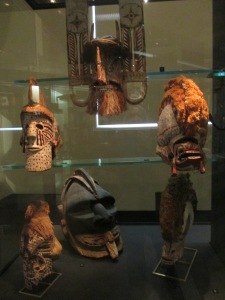 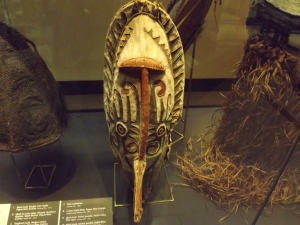 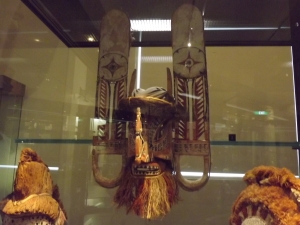 The café is really a great place to get a nice lunch or snack.  We enjoyed sandwiches, local ginger beer and a dessert there. They also have a very nice gift shop.

We decided to walk back to the hotel since it hadn’t rained all day (our taxi driver told us it only rains on weekends in Auckland- maybe he was correct.  We walked to the hotel through a park area called the Domain on the edge of one of Auckland’s oldest volcanoes, Pukekawa, which erupted more than 50,000 years ago.