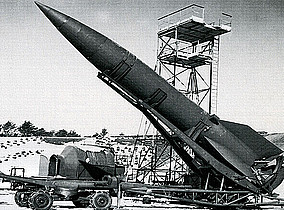 One of the most dramatic recoveries involving a V-2 missile happened not too far from Blizna and Niwiska. The missiles were directed to areas northeast of Blizna and most blew up in mid-air. The Polish underground army (AK) had become very proficient in arriving at the missile crash sites before the Germans. Plans were made by the AK to storm the Blizna site or attack the rail transports carrying the weapons, but an increased Nazi guard presence made this impractical. There was an urgent need to secure as much intelligence about the V2 missile as London endured attacks from these missiles around June 13, 1944.

Then, on May 20, 1944, a V-2 missile launched from Blizna landed in the marshy area near the village of Sarnaki on the Bug River. It had failed to explode and was the first intact rocket containing the entire V-2 system ever found by the AK.  The 22nd Infantry Regiment of the AK  hid the rocket under reeds until it could be hidden in a barn nearby. It was then transported by cart under potatoes on little-used rural roads that were shadowed by armed partisans.

Jerzy Chmielewski and Antoni Kocjan worked to dismantle and log all 25,000 parts with a team of engineers and scientists from Warsaw.  This enhanced V-2 missile also included a new type of guidance system that had not seen before. Detailed reports with diagrams, photos and a chemical analysis of the propellant were made for delivery to London.

The local agents had new information about the unusual fuel composition which was neither oil nor gasoline and the AK attempted to transport a sample in a flask. The Polish couriers had no cars and had to transport the flask by bicycle by means of a relay. They would bike for 10 kilometers and pass it to the next member, but soon discovered the flask was empty and that their trousers near the flask were cold. The couriers assumed that someone had spilled the substance or had failed in their task. After another unsuccessful attempt, they were given a special flask with a precisely polished glass cap. This resulted in a successful run, and it was discovered the solution was ethanol alcohol and water.

The nineteen suitcases of the specialized equipment and V-2 parts, reports, and over 80 photos were readied to be smuggled to London. A Dakota V of the 267 Squadron prepared to leave Brindisi, Italy and the landing site was to be at Zaborow near Tarnow. The passengers would board the plane according to priority knowing the risk of being left behind if the plane could not take off. They had reasons to be concerned as so many obstacles would challenge the success of the mission.

The rains poured heavily for over two weeks, and the grassland airfield was very wet. It would take another two and a half weeks before the airfield was dried out for the landing of the Dakota plane. Then when it was almost dry, a Hungarian plane exploded and crashed near the field. It was completely demolished, and the engine sank beneath the earth.

In late July, the signal was given to Warsaw that London could be informed that it was time to commence the operation. Only London was in sole contact with the pilot at Brindisi, and everything appeared to be well planned, but another problem arose. One hundred Germans had just arrived with 2-3 anti-aircraft guns and were resting at a school just 1000 meters from the airfield. They had just fought Soviet guerilla troops in a difficult battle.

The AK prepared a group from their troops who would be ready to fight the Germans when the plane began to land. Their goal was to stop the Germans from getting to the airfield to prevent the plane from landing or taking off. If the Germans had noticed, everyone would have been slaughtered.

Another problem arose: three German Storches had landed, and the Germans left the planes on the airfield for the night. The AK passed the news of this problem to Warsaw, and they suggested using the horses to drag the planes off the airfield.  Meanwhile, the Germans had a watch all around the airfield. Fortunately, the German planes took off the next morning and were not in the way for the Dakota’s landing.

The Dakota required a couple of hundred meters for a ground run and the field needed to be somehow lit so that the pilot could see the landing field. The twenty-five AK officers brought oil lanterns from their homes and covered them with a cylinder made of stiff black paper. The lanterns could not be seen from the side, but their light was visible from the air.

It was a beautiful, pitch-dark night in July and the AK took their positions in the airfield. The commander, Colonel Baszak reported they were all shaking, and all had to remain completely silent. He said that he would have shot anyone who attempted to light a cigarette.

The plane drew near, gave a light signal as it was flying without running lights. At the signal of a whistle, everyone on the landing field removed the cardboard sleeve from all fifty lanterns.  The pilot was too high and couldn’t land so had to circle to attempt another landing. Baszak reported that the huge two engine plane “wailed like the devil.”

Finally, the Dakota landed, and everything was quickly loaded onto the plane. When the pilot attempted to start the engine, there was silence. Then the engine finally started, but the plane wouldn’t move. Those onboard guessed that the brakes had probably locked up. There were three attempts to start followed by three failures. The crew suggested that the only option was to burn the plane. Baszak understood that there were other risks to burning the plane, including the inevitable revenge killings of innocents in the nearby villages by the Nazis.

Baszak boarded the plane as he assumed the Dakota had at least a few machine guns but soon learned that the crew had dismounted the weapons to accommodate the increased quantity of fuel felt necessary for such a long flight. Their only weapon was a small “ladies’ style” handgun with four bullets. 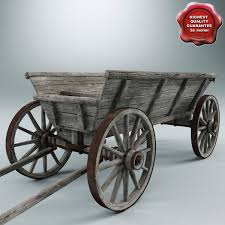 After 80 minutes, Baszak walked around the plane and noted that the tires had sunk quite deeply in the muddy field. He called for his men to bring “plunks” which are the deep, slanted sides of a wooden cart and these were used under the tires of the plane.  Soon, the plane was in the air, and the plane eventually landed at Brindisi. The precious cargo was handed over to the Polish General Staff to translate the coded documents. They were then handed over to the British Crossbow Committee.

This information was passed on to Duncan Sandys, the rather brash and arrogant son-in-law of Winston Churchill who was certain such an unknown fuel did not exist and blamed the Poles for the supposed error. The AK responded that the British should come and see for themselves.

One of the most unusual stories about Operation Wildhorn III came from a Polish scientist who covertly worked out of a German officer’s apartment in Warsaw on the V-2 parts. The officer’s servant worked with the scientist who hid some of the V-2 components in the officer’s empty suitcases. The servant would call the officer each day at his office at the airport to ask what he would like for dinner and when it should be served. This information alerted the scientist about the time period when he could work and he would then leave each day safely. 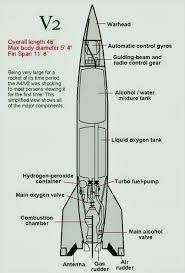 Also discovered was the control box that consisted of an early transistor-like device, something that did not exist in England at the time. Eventually, the British, working with Polish scientists, were able to give orders to the German rockets before they fell in England. The Germans would give the order to “FLY, ” and the English intervened and gave an order to “NOSE DIVE.”  The Germans couldn’t reissue orders to override the interception, and the rocket would fall down. London was saved from the more potentially devastating attacks of the V-2 because of the bravery of the incredible bravery of these Polish Army officers.