The Armia Krajowa or the AK was a WWII phenomenon not seen in any other occupied country. Throughout the war, they offered resistance to the Nazis who stormed through Poland on September 1, 1939.

Many Poles were involved in the Polish Home Army’s resistance efforts with well over 30,000 acts of sabotage and fought over a thousand pitched battles and 24 major encounters. They had no armored vehicles or tanks and no air force or navy. It was mainly infantry aided by their compatriots who were forced into slave labor in camps. By design, these factory workers produced munitions and equipment that malfunctioned or rendered useless in battle. 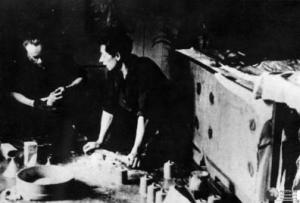 Poles of all many religions, Protestant, Jewish, Orthodox, and Muslims, joined the predominantly Roman Catholic Poles in The Home Army. They all shared a love of country and Poland’s standards and wanted their country back. There was also what could be referred to as a phantom army of supporters. The fathers, mothers, sisters, brother and neighbors were the ears and eyes that provided medics, chaplains, messengers and financiers for the regular Home Army. 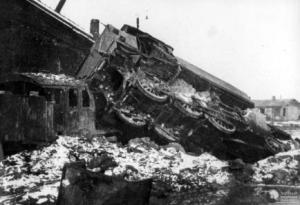 German Train Blown Up by the AK

The resistance blew up German bridges and railroads, and their mission was to reduce Germany’s ability to wage war and to defeat them through acts of espionage to provide intelligence for the Allies. They also worked to rescue countless Jews, Poles, and POWs in prison camps. An estimated 1-3 million Poles died trying to rescue or help Jews.

The Polish government still existed throughout WWII, intact and in exile in England with a small navy and air force also stationed in there. Poland’s treasure in gold bullion was sent to England and helped Britain purchase weapons and materials for its defense. 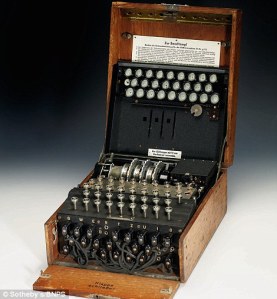 The Polish underground sent a working replica of the German “enigma machine” along with the ciphers to England in 1939. With this device, the British could read every military dispatch sent from Germany by airwaves or by captured couriers. Three Polish mathematicians, Marian Rejewski, Jerzy Rozycki and Henryk Zyalsi were credited with the enigma replica. Alan Turning, a Brit was later given exclusive credit for this feat but was really responsible for making a version that could meet the wartime challenge of daily code changes.

During WWII, 7,000 German trains and 5,000 German vehicles were destroyed by the AK. Polish intelligence was the most consistent, prolific and reliable compared to any other occupied country during the war. The gallant efforts of the Home Army allowed the Nazis to squander valuable manpower and resources on failed operations. 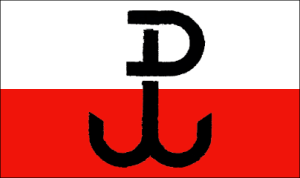 Although the Allies greatly valued the AK’s work, in the end, the Polish Home Army was given very little credit. We must not forget the millions of precious heroes who gallantly sacrificed their lives but were extinguished so ruthlessly.

Please subscribe to my website blog as I will be writing a series of articles related to this topic.  Future articles:

The Cursed Soldiers (the resistance fighters after 1944 in Poland)

A photo tour and description of:

The Museum of the Polish Armia Krajowa in Krakow